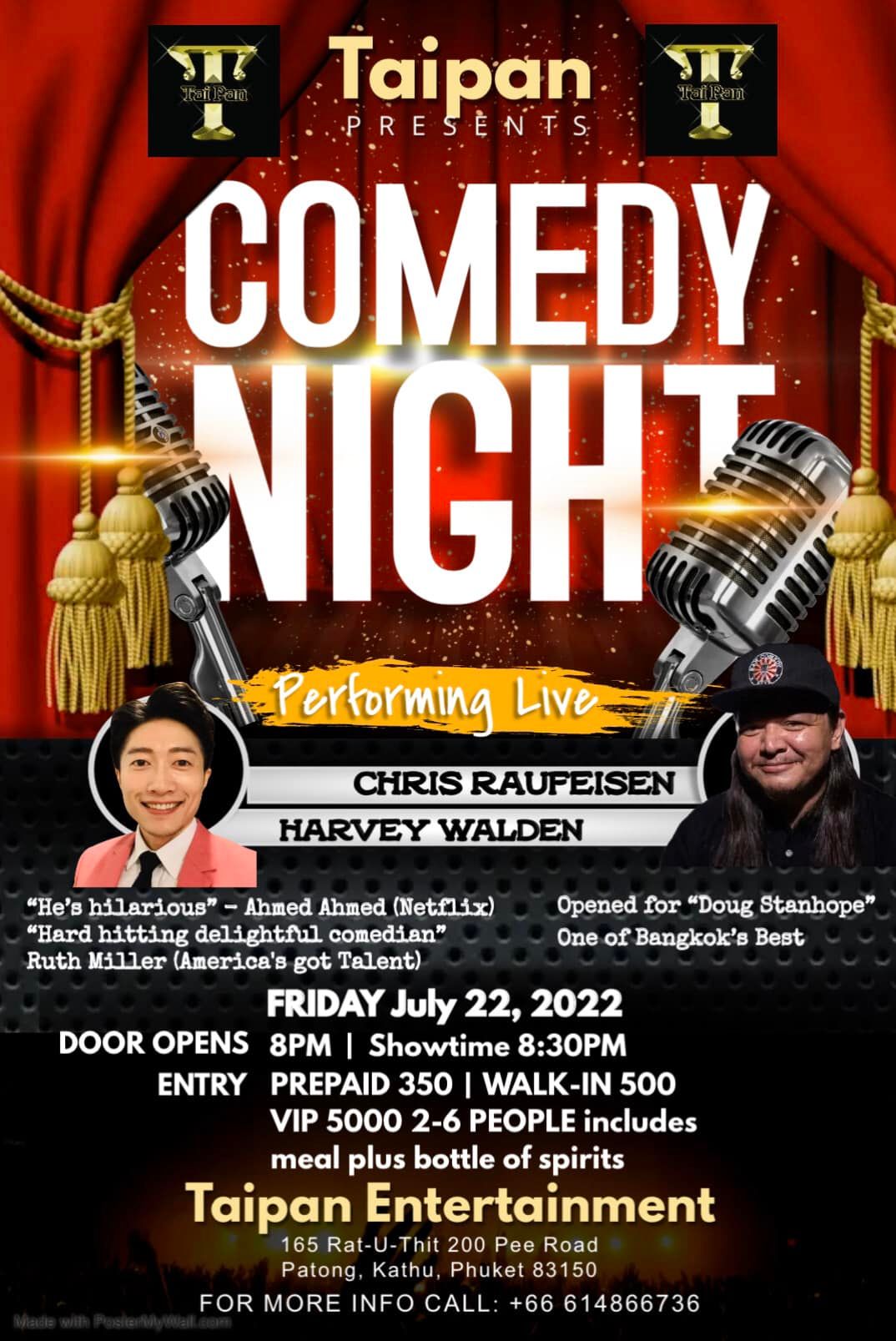 Join us on the 22nd of July for an evening of stand-up comedy. Harvey Walden, Chris Raufeisen and special guest Ric Diez will take the stage at TaiPan Nightclub from 8.30pm. Doors will open at 8pm.

Harvey Walden opened for Neal Brennan (Netflix and Chappelle Show), Dwayne Perkins (Netflix) and Ahmed Ahmed, and he is excited to bring some big laughs to Patong!

With special guest Ric Diez (SPA) Bangkok’s favorite, one liner comedian, with many successful shows across Europe under his belt, routinely leveling rooms.

Get your tickets at TicketMelon or contact TaiPan directly for bookings.
https://www.ticketmelon.com/rawcom…/comedy-night-in-phuket